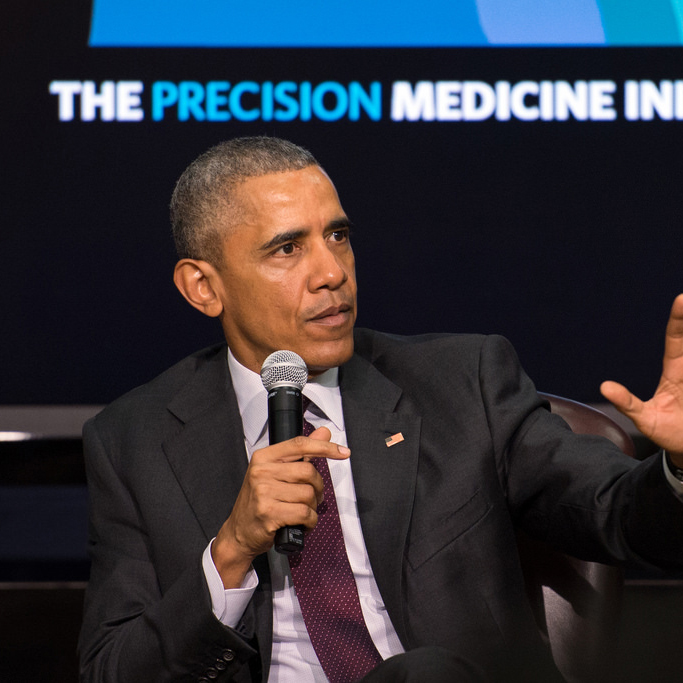 In an article in today’s Politico, Jo Handelsman, assistant director of the White House Office of Science and Technology Policy, stated: “It’s about moving beyond ‘one size fits all’ medicine by taking into account individual differences in peoples’ genes, microbiomes, environments and lifestyles.”

On Monday, the President will submit his budget to Congress. In it he will recommend $215 million to invest in this initiative.

The funds will be distributed as follows:

In today’s announcement the President highlighted several goals of the Initiative, including:

The Initiative was welcomed and exciting news for the 200 attendees—the audience largely made up of top scientists from across the country, patients who have benefited from personalized medicine, and advocates from across the country. It also represents a rare site in Washington, that of bi-partisanship. Sen. Lamar Alexander (R-TN) attended the White House announcement and promised to work closely with Obama and Democrats “so that cutting-edge medicine begins reaching patients more quickly, while still preserving this nation’s gold standard for safety and quality…”

The CLS was proud to be a part of this event and we look forward to working with the White House and Congress to advance and build on our investment in Precision Medicine.