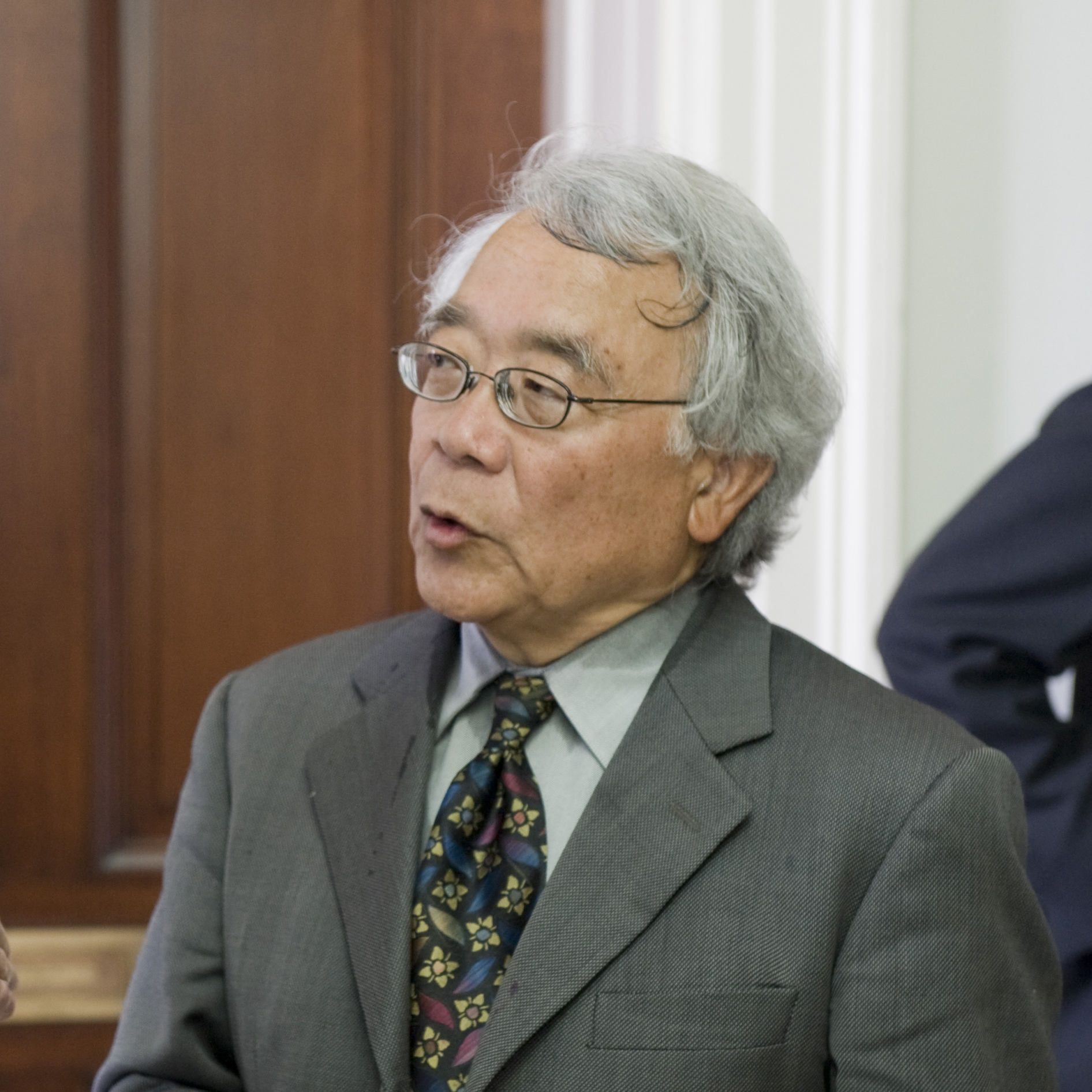 Representing the Coalition for the Life Sciences
April 22, 2014

Madam Chair and Vice Chairman Shelby, as chair of the Coalition for the Life Sciences (CLS), I thank the Committee for holding today’s important and timely hearing on scientific innovation. I am pleased to provide this testimony for the record.

The CLS is a non-profit organization that represents over 65,000 life science researchers. As long-time advocates for basic biomedical research, we are very grateful for your consistent and steadfast support for science and innovation.

The majority of the scientists the CLS represents are basic biomedical scientists. These scientists are funded primarily through the National Institutes of Health (NIH). Basic scientists are working to understand fundamental biological processes, knowing that the information that they uncover will provide the basis for understanding and eventually treating or preventing human diseases. They work on model organisms such as mice, fruit flies, worms, and yeast, taking advantage of special properties of those systems that enable the best experimental designs and the most informative results. Unfortunately, basic research can be greatly underappreciated and very much misunderstood.

Yet, every day Americans are reaping the benefits of basic research. Our basic understanding of cardiovascular disease has resulted in a decline in death rates from heart disease and stroke, and more research has uncovered a genetic risk factor identified with atrial fibrillation. Consider the $7 a year per American investment to support HIV/AIDS research. That investment has turned a life-threatening disease into a manageable condition. Indeed, medical advances from pharmaceutical companies virtually always are inspired or informed by fundamental discoveries in basic science labs.

These are but a few examples of basic research results that are allowing Americans to live longer and healthier lives. All of these breakthroughs are a direct result of Federal investment primarily through the funding of the NIH.

Innovation Outlook
Now as we look to the future, building on our knowledge gleaned from the past, a continued Federal investment is more critical than ever. This is an extraordinarily exciting time in biomedical research. We are witnessing an accelerated understanding of basic biological mechanisms that will lead to revolutionary new approaches to treat and prevent disease. Federal investment is the building blocks for long-term, transformative scientific discoveries. The current federal funding of the NIH is not sustainable for the long-term. Large funding fluctuations are disruptive to training, careers, and long-range projects. The basic research enterprise needs predictable sustainable funding if we are going to fully capitalize on the burgeoning discoveries we see forthcoming in the biosciences.

If current federal budgets continue in the current manner, cures will be delayed, jobs will be eliminated, and American leadership and innovation will be jeopardized. The treatments and cures so many Americans are desperate for will be stuck in the bioeconomic pipeline. Now is not the time to squander invaluable scientific opportunities. Together, by way of strong federal investment, basic scientists will further contribute to our knowledge of the mechanisms and pathways involved in certain disease and the development of important new tools and techniques, some of which have medical applications. Here are but a few glimpses we see emerging in the biomedical sciences:

Precision Medicine and Big Data
One of the most talked about breakthroughs in the past 10 years has been the mapping of the Human Genome. Since the advent of the mapping, we have made tremendous advances in our understanding of diseases and human conditions. One such breakthrough is the cancer genome project. Scientists have looked at the genome of thousands of cancers, and we now have a better understanding on how good cells go bad. As a result, we will soon be able to, and in some cases we now can, devise new personalized technologies or personalized medicine that kill the cancerous cells without the side effects associated with chemotherapy.

Precision medicine2 is a major new concept that will collect, integrate and analyze comprehensive data across basic research and massive patient cohorts, creating an interactive network of knowledge that reveals precise diagnosis and treatment decisions for each individual patient, while at the same time empowering further research and advancing clinical care. It differs dramatically both from current medical practice, in which diagnosis and treatment decisions are based on a patients medical history and analysis of her/his presented symptoms, and from personalized medicine, which improves diagnosis and treatment decisions by collecting much more detailed information about the individual, but does not integrate discoveries from basic science or information from other patients. This new era of medicine is being driven by an explosion in health-related data from a growing range of public and private sources, analyzed by increasingly powerful number-crunching computers. And the more hard evidence we have, the better the decisions we can make. Analyzing this mountain of data reveals correlations that masked or obscure before, so we can open new avenues of research, refine the way we practice medicine and identify early those who are likely to succumb to a particular disease. Big data projects are multidisciplinary projects, relying on sciences from across the spectrum—biologists, geneticists, chemist, computer scientists and engineers—and require a long-term commitment.

CRISPR
Recent technological advancements have made the current pace of discovery unimaginable only a few years ago. A revolutionary system called CRISPR (Clustered Regularly Interspaced Short Palindromic Repeats) is a powerful new genetics tool has the potential to correct human disease in a way that was unimaginable a few years ago. It advances scientists’ capacity to read the human genome to suddenly being able to write genomic information, as well as allowing scientists to target, activate, or silence specific genes. Discovered in the course of basic research, CRISPR has been used to generate organisms to serve as models for specific diseases. Using this system allowed for a more rapid development of model organisms and in a more cost efficient manner than was used in the past.

CRISPR is moving swiftly beyond a basic research tool, to one that soon may be used to treat human diseases. In March 2014, a team of researchers at MIT successfully cured an inherited liver disease in laboratory mice. The researchers used CRISPR to cure the mice by correcting a single “letter” of the genetic alphabet which had been mutated in a vital gene involved in liver metabolism. The opportunities provided by CRISPR are far reaching, and truly revolutionary but we certainly won’t see the full potential of CRISPR without the ongoing investment of federal support.

Optogenetics
The April 22, 2014 New York Times wrote about Karl Deisseroth, MD, PhD, at Stanford University who developed a ground breaking technique that allows researchers to turn brain cells on and off using a combination of genetic manipulation and pulses of light.

Optogenetics uses a combination of genetics and optics to control and monitor the activities of individual neurons in living tissue—even within freely-moving animals—and to precisely measure the effects of those manipulations in real-time. Neuroscientists believe this is the most revolutionary advancement for the field of neuroscience in the past couple of decades. The tools of optogenetics allow scientists a basic understanding of brain neurons. For example, turn off neurons and see what goes wrong. Crank them back up and what happens? Establishing casual links between brain circuitry and symptoms could lead to more effective drugs.

The example used in the New York Times tells us that by controlling neurons in fruit flies we may be to control a type of aggression. It is the hope that these dynamic tools will uncover the mechanisms of human brain functions.

We need to capitalize on this moment and pursue previously unimaginable scientific questions. It is only on the foundation of solid basic research that we will be able to tackle the maladies that afflict millions of Americans. Congressional support for the NIH budget has laid the groundwork for a new era of scientific discovery and continued federal investment will drive innovation in new directions. The benefits of NIH can be seen across the nation with stunning scientific advances resulting from support of research in universities, medical schools and research institutes in all fifty states. The long malaise in funding for the NIH, now extending over a decade, is severely inhibiting the momentum of discovery, and its continuation will curtail the pace of scientific advances that benefit society.